How Sweet It Is: Lindsay's Adventures in Beekeeping﻿

Many gardeners have expressed interest about keeping bees recently, so I've asked our Trial Garden manager Lindsay Del Carlo to share her recent backyard beekeeping experiences. I've been the happy beneficiary of Lindsay's interest in beekeeping – the honey from her bees was absolutely delicious!
My beekeeping adventure started about 2 ½ years ago one September day when a small swarm of bees landed in my yard. At this point, my neighbors and I had been talking about getting bees, and then voila, here they came all on their own. It must have been fate.﻿
Not actually knowing what to do next, I asked around and ended up finding a mentor who was very helpful in getting me started. She set me up with a hive and helped me to get this tiny swarm of bees into it. They first landed on a garden pot and immediately started building honeycomb, so we had to act fast to introduce them into their new hive. We were worried that since the swarm was so small that there was not a queen, but upon close inspection, there was! They seemed to live happily in their hive for a few weeks. I would see lots of activity at the hive entrance with bees coming in and flying out during the day. But one day I came home and went to see what the bees were up to, and saw no activity in the hive. I opened it up to find that not one bee remained. Bees will do that - for one reason or another, they just abscond from the hive. I would just have to wait until spring and start again. My hive was all ready, so all I needed were some bees.

The next April, I bought a package of bees through the local bee guild here in Santa Cruz. Yes, you can actually buy bees - mine were packaged at a bee farm located in Morgan Hill, CA. They come in a wooden box with screened sides, with about 3 pounds of bees inside, and can of sugar water for them to eat while they are in there. There is also a queen in her own small cage, but she has to be gradually introduced since they are usually reared separately. The queen cage has a tiny cork in it which I removed and shoved a marshmallow in the hole so that she and the bees will eat their way through each side. This gives the bees time to get used to her scent before she enters the hive. ﻿﻿﻿


I had my hive all set up so that I would be ready to install them. I set an empty deep hive body (the box which holds the frames with wax foundation on which the bees build their comb) on my hive stand and then placed the box of bees inside. Then I removed the sugar water can (which lets the bees out) and  removed the queen cage. I should also mention that I am wearing a complete bee suit so that I don’t get stung. Then I set another deep hive body with 10 frames over the top of that, and fixed the queen cage to the top one of the frames, and put the inner cover and top cover on the hive. ﻿﻿
The bees recognize the frames with the wax foundation right away. They will climb out of the wooden box up to the frames and orient themselves and rapidly start to build honey comb. Then the next day, I just took out the empty hive body and the wooden bee box, and let them do their thing. ﻿
My first season of beekeeping was exciting and educational. My bees were vigorous throughout the season and my first honey harvest made about 1 gallon of honey. It is very important not to take too much, leaving enough honey for the bees to eat. As the weather starts to cool down, and the bees forage less, they need enough of their own honey to eat to make it through the winter. As the weather had gotten colder and the rains started, I noticed a ton of dead bees at the entrance of the hive. It is very common for there to be a big die off of bees as the weather turns cold, but I was still worried. Sadly, my entire colony did die, and very abruptly. It is still a mystery as to why, since I did not see any signs of disease or an infestation of mites. The general consensus was that after the weaker ones died off, they just could not keep warm enough, and perhaps they were finished off by any mites that remained in the hive. I decided to not be discouraged and try again the next season.﻿
I had always wanted to catch a wild bee swarm. Unlike a package of bees that are taken from unknown hives from a completely different area, put into a box with an unfamiliar queen, wild swarms are more acclimated to the area and are likely to have built up better resistance to pests and diseases after multiple generations. On April 1, 2011 I got a call from my neighbor that my wish had indeed been granted! A very large bee swarm had landed on the hedge in my yard. ﻿ ﻿﻿﻿﻿So I went home, got the hive out of storage, and suited up. I put an empty deep hive body onto the screened bottom board, and proceeded to clip off branches that clusters of bees were clustered onto. Then I carefully lowered each branch that I cut into the empty deep hive body. It took me about 30 minutes to get all of them, and I would estimate that it was about 10 pounds of bees - about 30,000 bees!
This has been my most successful colony yet and they have survived through the winter so far, and that is a very good sign that they will build up in the spring again and continue to thrive. I decided to only harvest a small amount of honey this season and leave the rest to entice them to stay.


READ MORE:  HOW TO SET UP A HIVE, MAINTAIN YOUR BEES AND HARVEST HONEY﻿﻿﻿﻿﻿﻿﻿﻿﻿﻿
Posted by Renee Shepherd 3 comments 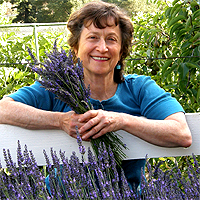